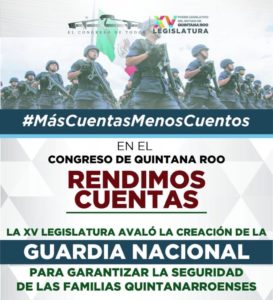 Chicago.– Ribbeck Law Chartered, which represents the majority of families of the victims of the deadly Boeing 737 MAX 8 crashes, and Global Aviation Law Group, today filed additional lawsuits against Boeing, in U.S. federal court in Chicago. This is the latest in a growing number of lawsuits filed against Boeing in the aftermath of two fatal crashes involving the same model of plane.

Ribbeck Law Chartered stated has filed 40 cases against the Boeing Company in Federal Court in Chicago for the recent Boeing 737 Max 8 aircraft crashes so far. Manuel von Ribbeck of Ribbeck Law Chartered stated “Today, we have added an additional case for a passenger from Kenya who died in the Ethiopian Airlines Flight 302 crash. Our clients are seeking more than a billion US dollars for their damages. Next week we will file and additional case for a family from Egypt. Ribbeck Law Chartered and Global Aviation Law Group represent 66 families of both crashes, the majority of the passengers and cabin crew members affected by Boeing 737 Max 8 disasters and as we prepare the complaints, we will continue to file additional lawsuits to seek justice for our clients in the courts of the United States of America.”

Monica Kelly of Ribbeck Law Chartered stated that “it has been almost ten months since the crash of Lion Air Flight 610 and five months since the crash of Ethiopian Airlines Flight 302.  The families of the victims have not received a final report from the government’s official investigators and do not have access to the plane’s wreckage or design and manufacturing documents. The most effective way to have the evidence protected and released to us it is by bringing these cases to court in Chicago against Boeing.” “The families we represent demand to know how is it possible for the FAA to certify the Boeing 737 MAX 8 aircraft with so many flaws.  By filing the cases in federal court in Chicago we have a higher chance to have access to the evidence pertaining not only to the design defects of the aircraft but also the protocols used by the FAA to authorize the certification of the of the Boeing 737 MAX 8.”  Ms. Kelly added.

NBC News interviewed the victim’s families and made and extensive report of the mediation taking place in Chicago recently.
Mr. von Ribbeck stated that “if no settlement is reached soon, our Co-Counsel, Global Aviation Law Group, will petition the court that the Lion Air and Ethiopian Airlines cases be consolidated to avoid contradicting orders from two different judges and together with Ribbeck Law Chartered, will bring the case in front of a jury.”

Mr. Deon Botha of Global Aviation Law Group stated, “We expect to file more lawsuits in the next few days. We are hoping we will be done filing all of our cases in the next few weeks.” “Our families are seeking justice, and most importantly that design defects of the 737 Max 8 aircrafts be corrected.”  Mr. Botha added.
Mr. von Ribbeck stated that “preliminary reports indicate that the FAA was outmatched by Boeing. The FAA might have had junior engineers overseeing the flight control software that ultimately went in to the 737 MAX.” Mr. von Ribbeck added that “the preliminary information pertaining to the cozy relationship between the FAA and Boeing raises serious concerns.”

Mr. von Ribbeck has been seeking reasonable and fair compensation for the families of the victims of these tragedies. Mr. von Ribbeck added “We are seeking the largest amount possible be paid as compensation to the families.” “More than a billion dollars should be paid to the families of the Lion Air JT610 and Ethiopian Airlines ET302 crashes.” “We believe Boeing should pay the highest possible fine so they are forced to change the way they operate, placing profits ahead of safety. Boeing must correct its design of the 737 Max 8 aircraft to avoid losing innocent lives again,” commented Mr. von Ribbeck. 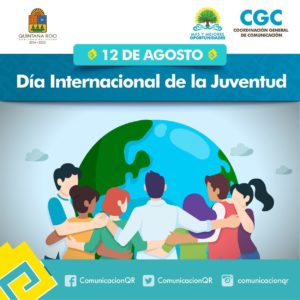 The case against Boeing for the Lion Air Flight 610 crash is set for mediation the week of August 19, 2019. The Ethiopian Airlines Flight 302 and Lion Air cases, which are pending in the same federal court in Chicago, are both set for status hearings in September, 2019.

When asked about the impact of paying one billion dollars in compensation will have on the Boeing, Mr. von Ribbeck remarked, “The Boeing company should not be greatly affected by it.” “Most of the payments will be made by their insurance and reinsurance companies and as stated by Wall Street firms, Boeing can afford that cost: Boeing has posted record revenues of $101 billion last year and $10.6 billion in profits.”

“It has been reported that Boeing rushed this model into deliver in order to keep up with its competitor, Airbus,” Mr. Botha of Global Aviation Law Group went on to say, “We must not forget the wrongful conduct of Boeing after these two tragic events.  There were suggestions than the pilots were at fault. Boeing did not help with the search of the bodies in the ocean nor offered any assistance with the DNA identification of the victims. Despite of the establishment of a fund, Boeing has not given any economic assistance to the families yet. Boeing allowed additional planes in the air which subsequently caused another crash. Boeing’s actions in these matters show that it cares more about profits than saving lives.”
Deon Botha further stated “our Ethiopian Airlines Flight 302 clients would like to know why weren’t the 737 Boeing Max 8 aircrafts grounded after the first crash?  Was the FAA complicit?  Was the FAA covering up for Boeing’s criminal behavior?  Boeing knew these planes were flawed and it did not stop its defective aircrafts from flying until the second plane crashed killing and additional 157 people.  Boeing’s criminal acts must be punished.  The families have asked our law firm not to stop fighting until we find the truth and those responsible are punished by the courts.”

Global Aviation Law Group representatives in Nairobi, Attorney David Njoroge of Igeria & Ngugi Advocates, stated “Boeing’s intentional conduct not grounding the 737 Max 8 aircraft after the first crash is a crime, murder.  We will seek that the authorities in Kenya and Ethiopia and some of the multiple countries that lost their citizens file criminal cases against Boeing’s CEO, its board of directors and anyone involved in the decision making of this company.  Boeing’s company’s conduct is beyond outrageous, it is criminal.”

Ribbeck Law Chartered, headquartered in Chicago with affiliated offices in London, Shanghai, Rome, Jakarta, Istanbul, and Lima concentrates in litigation arising from aviation disasters and catastrophic events worldwide. Ribbeck Law Chartered represents more than 66 families of the victims of the crashes of Lion Air Flight 610 and Ethiopian Airlines Flight 302 involving Boeing 737 Max 8 aircraft, the largest number of claimants represented by any law firm in the world.

Currently, Ribbeck Law Chartered represents families of passengers from America, Europe, Africa, Asia and the Pacific Basin, and is litigating in American Courts representing victims from airplane incidents that occurred in North America, Asia, South America, Central America, the Caribbean, Europe, and Africa. Ribbeck Law Chartered’s success is shown in its record-breaking compensation for the families of the victims and improvements in aviation safety worldwide. 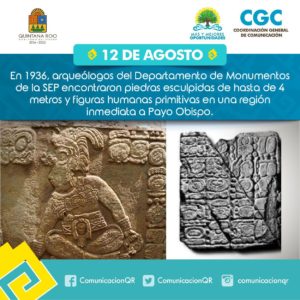